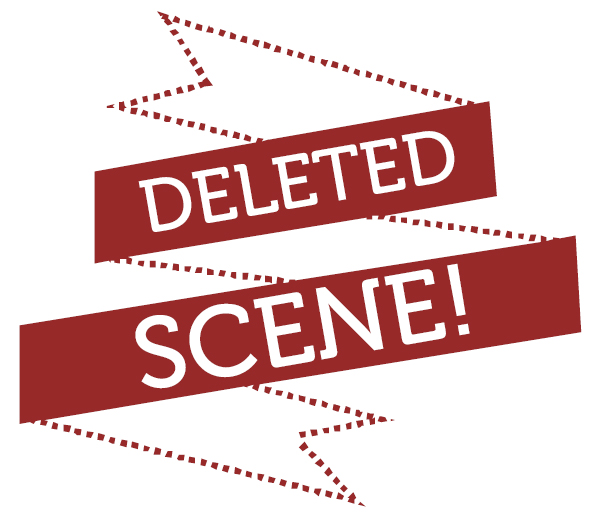 This is a deleted scene from WILD HUNGER, and is based on one of the very early ChiVamps scenes written around 2007 when I initially imagined Elisa’s book.

THE SUCCUBUS – Part I

I stowed my clothes in Lulu’s closet, picked jeans, boots, and a green top for my visit to the Pack. To say goodbye to Connor, and what we might have become.

I borrowed her car, drove to the NAC building. The garage door was open, and Thelma wasn’t inside, so I rolled by, and hoped I hadn’t missed him yet.

The Keene’s house wasn’t far from the bar, but the look was completely different from the Pack’s new office.

The office was sleek, the Keene home a three-story mix of architectural styles. Gabe and Tanya had bought the house before Connor was born, and had spent years renovating to accommodate the large Keene family. Gabe, Tanya, and Connor lived there, along with some of their extended family.

There was a tower on the front above the kitty-corner covered porch, and gingerbread hanging from every corner. The trim was painted in sets of colors—turquoise and maroon, ivory and dark green—that made the house seem authentically aged.

I stopped the car a few blocks away, walked down the tree-lined sidewalk to the house. There was no fence around the Keene house, no fancy gardens.  But there were three oak trees in the strip of land between the sidewalk and street, and hydrangeas bursting with blue flowers in front of the small porch.  The house glowed with light, buzzed with magic.

The first floor windows were lit, and I crept along to the picture window in the library.

The room was packed with shifters, all men. Old, young, tall, short, all carrying the beefy physique of men of high rank, probably wolves or big cats.  They faced Gabriel, who leaned back against his desk, arms folded over his chest, legs crossed at the ankles.  He was speaking to them, eyes scanning the room as he talked.

Connor wasn’t there. His room was in the tower. The room was dark. We weren’t long past dusk, and he might have been sleeping, resting up for the trip to come.

I could have rung the doorbell like I’d done a dozen times before, but I didn’t want to see Gabriel, didn’t want to pass his inspection—or anyone else’s—to get into the house. I wasn’t in the mood for shifter drama today. I was here to say goodbye.

I noted the shifter standing at the side of the house, his gun in a shoulder holster, keeping an eye on things.

I waited until a car passed, used the distraction to slip behind him through the damp grass along the side of the house. I crept along to the house’s back corner, where Connor’s bedroom was located, and surveyed the ancient gutter that edged the corner.

I’d seen him climb it. Back then, I hadn’t been brave enough to try. But that wasn’t a problem now.

The ascent was slow, one gutter clamp at a time.  But the clamps held, and no one raised the alarm as a vampire scaled their house. Which made me feel a little better.

When I reached the third floor, I reached out to the narrow ledge that ran the length of the building, popped onto it, and edged toward Connor’s window.

The curtains were open, the window open a few inches. I peeked through the gap. The room was shadowed in darkness. Maybe he wasn’t in there. But since I’d already come this far, I eased it open and slipped a leg inside to straddle the windowsill.

He lay on the bed, spread eagle and naked but for dark boxer briefs, that mane of dark hair making a crown around his head.

A blonde in a short dress was crouched between his legs, her lips against his abdomen.

I stared, mortified and furious, and was torn between scuttling back out the window and letting herloose, and damn the consequences.

But then Connor turned his head to look at me.  His pupils were enormous, his expression dazed.  That was off.

He blinked once, tossed his hand in the air. “Come in, Lis.”  Then he smiled drowsily. “And say goodbye.”

The blond didn’t look up, just kept kissing his stomach—No, not kissing, I realized. Not even actually touching. Her lips were pursed, and what looked like smoke filled the gap between her mouth and his skin. And I could sense the magic, thin and sharp, that hid beneath the buzz of power from the shifters downstairs.

She was stealing his magic.

She was a damn succubus.

I hadn’t seen one before, but understood the general idea. The kiss drugs the victim, leaving the incubus free to steal their psychic energy.  They were the psychic version of vampires, generally taking enough energy to feed and incapacitate their victims.

I put my other foot in the window, slid to the floor, and walked slowly toward them.

The blonde still hadn’t looked up at me, but the cloud of stolen magic seemed to grow thicker as she feasted. I wasn’t entirely sure why she opted for the abdomen; maybe the chakra made her job easier.

When I was within a foot of the bed, she looked up and curled her lip. Her eyes were sky blue, her pupils pinpricks, and the skirt of her slinky dress hitched up nearly to her waist.

“So you can get back to it? No thank you. I’m guessing he didn’t sign up for this little lunch.”

She growled, lowered her head again to his abdomen again.

But before she keep drinking, I unsheathed my katana, slid the blade against her neck.

“I’ll give you two guesses what happens if you so much as think about stealing anymore of his magic.”

“I won’t argue with ‘bitch’,” I said, “considering where my sword is. But you’re done being busy.  Now, be a good girl and climb off the prince.  Otherwise, I’m going to have to sound the alarms, and there are a lot of shifters down there who wouldn’t be thrilled to find you here.”

“What’s—Lis?”  Connor lifted his head, squinting as he tried to concentrate, and looked at me, the sword and the woman draped across his legs.  “What—what the fuck?”  His words were slurred, drowsy.

The woman grunted angrily. Then there was a brief prickle of magic, and she shot upward toward the bedroom’s fifteen foot ceiling.  She could fly.

Fortunately, I could jump. I tossed the katana on the bed and pushed up, grabbed her ankle—then turned my head away when she started kicking and squealing.

“You’re not getting away,” I grunted, jumping up to grab her other foot. She lost whatever mojo she’d needed to beat gravity, and we hit the floor together in a tangle of arms and legs.

She kicked, her knee making contact with my already-bruised cheekbone. Pain sung through my face.

“Damn it,” I said, and anger matched the irritation that had already flamed after finding her draped across Connor. Leaving or not, that wasn’t a sight I ever needed to see.

I grabbed her arm, twisted.  Her wail was high-pitched and angry, and piqued her curiosity. In response, she stretched beneath my skin, begging for the opportunity to fight.

“Not gonna happen,” I murmured, and used my leverage to flip the woman over, clasp her arms. But I didn’t have anything to bind her with. I looked up and around, spotted the bowtie from Connor’s tux hanging on the closet doorknob.

“In a sec,” I said, stretching to reach it. My fingers grazed the edge, but before I could make a final push to grab it, she took advantage of the shift. She bucked, turned her head and sunk her teeth into my arm.

“I bite!” I said. “I don’t get bitten.” I knocked her in the temple with my free elbow. She cried and unclenched her jaw, and I pulled my arm free and gathered her hands again, twisting her wrist to keep her from hopping up.

I grabbed the bowtie, nipped it around her wrists and tied it tight.

“Tell it to someone who cares.”  I leaned over to twist the knob on the closet door. This was an old house and the space was small–one shelf above a hanging bar. Connor’s clothes were neatly hung, a row of boots and dress shoes beneath. And there’d be no way out except through the door. And I didn’t intend to let that happen.

I climbed to my feet again, stomping on her foot when she tried to kick me, and then hauled her bodily into the closet.

“Fuck you!” she said. “You aren’t going to stick me in the damn closet!”

I slammed the door closed, then leaned back against it.  “That’s what you get for biting me.”