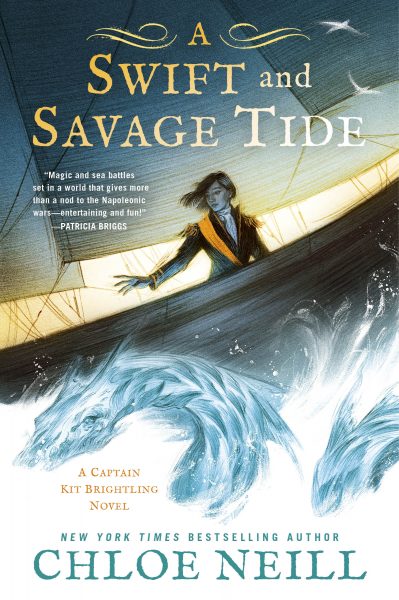 Chloe Neill’s bold, seafaring heroine Captain Kit Brightling is back for another adventure in this swashbuckling fantasy series.

Captain Kit Brightling is Aligned to the magic of the sea, which makes her an invaluable asset to the Saxon Isles and its monarch, Queen Charlotte. The Isles and its allies will need every advantage they can get: Gerard Rousseau, the former Gallic emperor and scourge of the Continent, has escaped his island prison to renew his quest for control of the Continent.

Gerard has no qualms about using dangerous magic to support his ambitions, so Kit and the crew of the Diana are the natural choice to find him–and help stop him. Sparks fly when Kit’s path unexpectedly crosses with that of the dashing and handsome Rian Grant, Viscount Queenscliffe, who’s working undercover on the Continent in his own efforts to stop Gerard. But he’s not the only person Kit is surprised to see. An old enemy has arisen, and the power he’ll yield on Gerard’s behalf is beautiful and terrible. Sparks will fly and sails will flutter as Kit and crew are cast onto the seas of adventure to fight for queen and country.