Another RT Booklovers convention is in the books (so to speak), and I am home from Chicago again.

The verdict? Such a great con. Exhausting, but amazing.  It was a great opportunity to meet readers and writers (including Charlaine Harris and Jeaniene Frost), vent about the writing biz, and be inspired by others.

Here are a few snapshots from my four-day spell in Chicago: 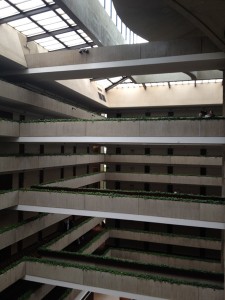 The conference hotel — The Hyatt Regency. It was, by far, the largest hotel I’ve ever been in. Much concrete, with a large central tower that held four elevators. I’m fairly certain it will be used to house and contain humans when the zombie apocalypse comes. 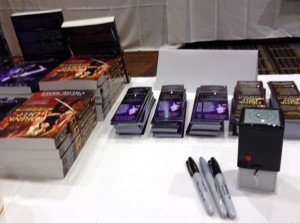 My stack of books, bookmarks and pens, and my trusty Cadogan seal stamp, ready for signing at the Saturday Book Fair. There were soooo many people (readers and authors) there. 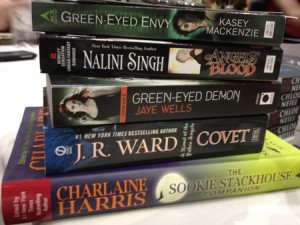 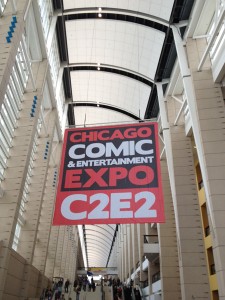 In addition to the panel and book fair at RT, Charlaine Harris, Christina Henry, and a bunch of other authors headed over to C2E2 (Chicago’s ComicCon) to speak about urban fantasy and paranormal romance heroines.

We had a pretty good crowd for the panel (and that’s only 2/3 of the room): 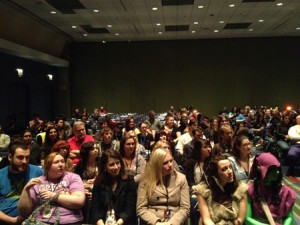 For every awesome conference featuring lots of awesome chicks (and some dudes!), there must be cake. 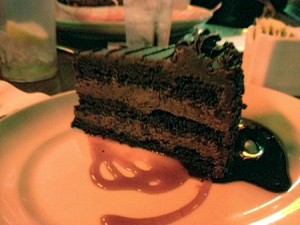 Next year’s RT Booklovers is scheduled to occur May 1-5, 2012 in Kansas City, Missouri. I’m definitely planning to attend!