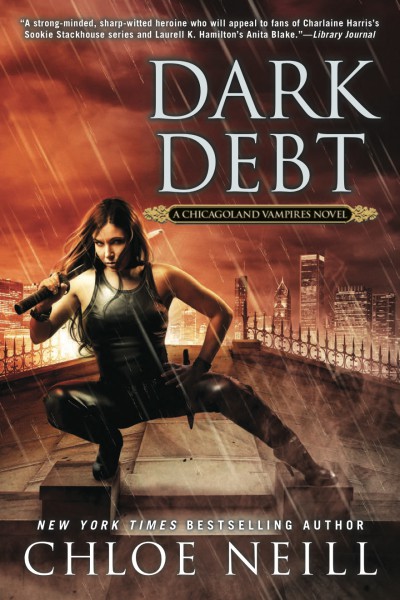 “Urban fantasy maven Neill tosses a mystery at Merit and Ethan when a supposedly long-dead vampire resurfaces with a vengeance.  As this tremendous series has developed, the relationships between major protagonists have evolved and become more layered, which adds richness to the quick-moving action and thrills. Kudos!”
— RT Book Lovers

A vampire never gets old. But neither do his enemies. When a figure from Ethan’s dark past makes a splashy debut in Chicago, Merit and her Master don’t know whether he’s friend or foe. But they’ll have to figure out soon, because trouble is brewing in the Windy City.

At an exclusive society soiree attended by the upper echelons of the human and supernatural worlds, Merit and Ethan barely stop the assassination of a guest. When the target turns out to be a shady businessman with a criminal edge, Merit suspects a human vendetta. But the assassins have fangs….

The connections to Chicago’s Houses go deeper than Merit knows, and even one wrong move could be her last….