Hi, everyone! This post will begin a new series here at on the blog–since I’m about to start writing the fourth book in the Chicagoland Vampires series (tentatively titled HARD BITTEN), I thought I’d track the steps in the writing/publishing process to give everyone a sense of how the novel moves from start to finish.

First things first–here’s an estimate of the calendar for the process (assuming a publication date in July 2011, which is just a guess):
* – Also while editing HEXBOUND (DE2) in preparation for its January 2011 release.
** – Also while drafting DE3
*** – Maybe also while drafting CV5? (if Penguin picks it up)
As the calendar indicates, I’m currently in the brainstorming/outlining stage, thinking about what’s happened in the CV series so far (romantically, politically and supernaturally) and making the final decisions for the major romantic/political/supernatural plots in CV4.
I use a letter-sized notebook for this part of the process (either by Whitelines or Mnemosyne), and my notes are about halfway on the scale between (1) organized outline and (5) random brainstorms. I’ve included some images below.
NOTE – The images don’t contain any spoilers for CV3 or CV4, but the second does contain some SOME GIRLS BITE spoilers, so bypass that one if you haven’t yet read it. 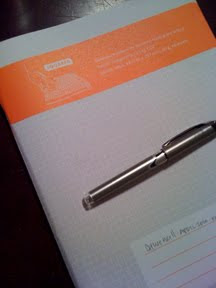 I might draft out a flowchart of events to date: 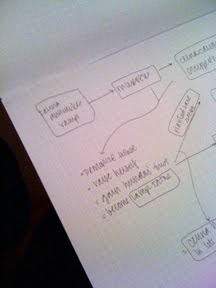 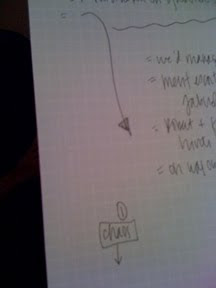 You can also see an initial timeline for CV3 in the image above–although there isn’t any content in it yet. It only identifies stages–from “Chaos” (i.e., identifying the problem) to “Resolution.”
I don’t do a complete outline at this stage. That will happen next, and I’ll use a word processing program for that…but I’ll save those details for Start to Finish Part II.
Hope this is informative!
xoxo
Chloe

8 thoughts on “CV4 From Start to Finish – Part I – Preparation”