This week, I’ve asked some amazing urban fantasy and paranormal romance authors to participate in Show Your Work week and share their processes with you.  Today, please welcome Lucienne Diver!

Her short stories have been included in the Strip-Mauled and Fangs for the Mammaries anthologies edited by Esther Friesner (Baen Books), and her essay on abuse is included in the upcoming anthology Dear Bully: 70 Authors Tell Their Stories(HarperTeen).  2011 saw the launch of Bad Blood, the first novel in her Latter-Day Olympians series of contemporary fantasy, set in LA and featuring a heroine who can, quite literally, stop men in their tracks. Long and Short Reviews gave it her favorite pull-quote of all times, “Bad Blood is a delightful urban fantasy, a clever mix of Janet Evanovich and Rick Riordan, and a true Lucienne Diver original.” She can now die happy, though maybe not just yet.

The Latter-Day Olympians series is, as Long and Short Reviews put it, “a clever mix of Janet Evanovich and Rick Riordan”.  At least, I hope it’s clever.  It certainly is fun to write and plays right into my wheelhouse. 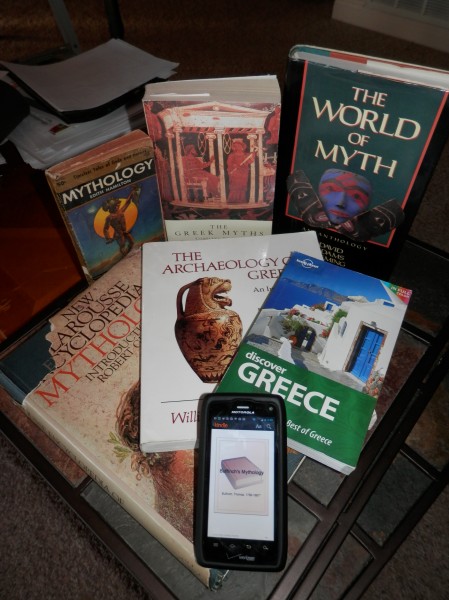 I took Latin for five years in junior high and high school and then was an anthropology and writing double-major in college, so when the idea for the Latter-Day Olympians struck me like a lightning bolt from Mount Olympus, I was thrilled to be able to use a good part of what I’d learned.  It was a great excuse to revisit books I already owned and to download new texts in which to lose myself.

But by far the best research was what I did on-site.  Since the series spans L.A. (BAD BLOOD), San Francisco (CRAZY IN THE BLOOD) and Greece itself (RISE OF THE BLOOD), you can imagine just how amazing this was. 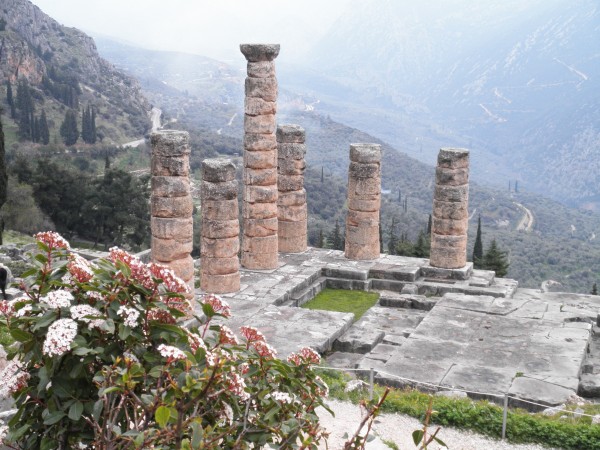 Latter Day Olympians Series / BAD BLOOD, Book 1: Tori Karacis is a little more than your average private eye.Among other things, her family line may or may not trace back to a drunken liaison between the god Pan and one of the immortal gorgons. It may be just coincidence that her glance can literally stop men in their tracks, or that her family sports enough irregularities to keep the Rialto Bros. Circus in business. Then again, maybe not.

Vamped Series / VAMPEd, Book 1: Gina Covello has a problem. Waking up a dead is just the beginning.  There’s very little she can’t put up with for the sake of eternal youth and beauty.  Blood-sucking and pointy stick phobias seem a small price to pay.  But she draws the line when local vampire vixen Mellisande gets designs on her hot new boyfriend with his prophecied powers and hatches a plot to turn all of Gina’s fellow students into an undead army to be used to overthrow the vampire council.

Hey, if anyone’s going to create an undead entourage, it should be Gina!  Now she must unselfishly save her classmates from fashion disaster and her own fanged fate.

Here are more ways to acquaint yourself with Lucienne and her work:

Thanks so much to Lucienne for joining us today!

One thought on “Lucienne Diver, Show Your Work!”