There are so many interesting books coming out later this year, including brand new series JR Ward, Rachel Caine, and Kim Harrison, that are definitely on my TBR list. 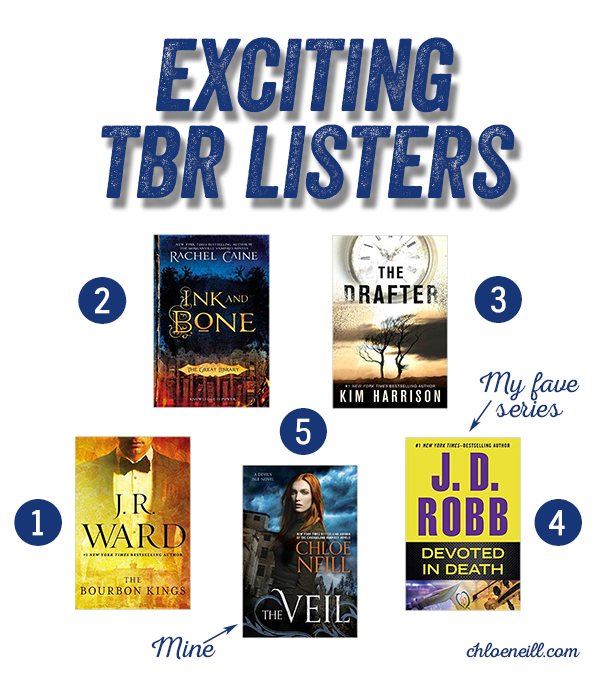 Edit: I just realized I totally forgot to put COLD BURN OF MAGIC on the list — the first book in Jennifer Estep’s new Black Blade series, which will be available April 28!

I cannot wait to get my grubby little hands on these books. What upcoming releases are you most looking forward to?